You are here:
CommunityPresentationsSpeakersWhat's New 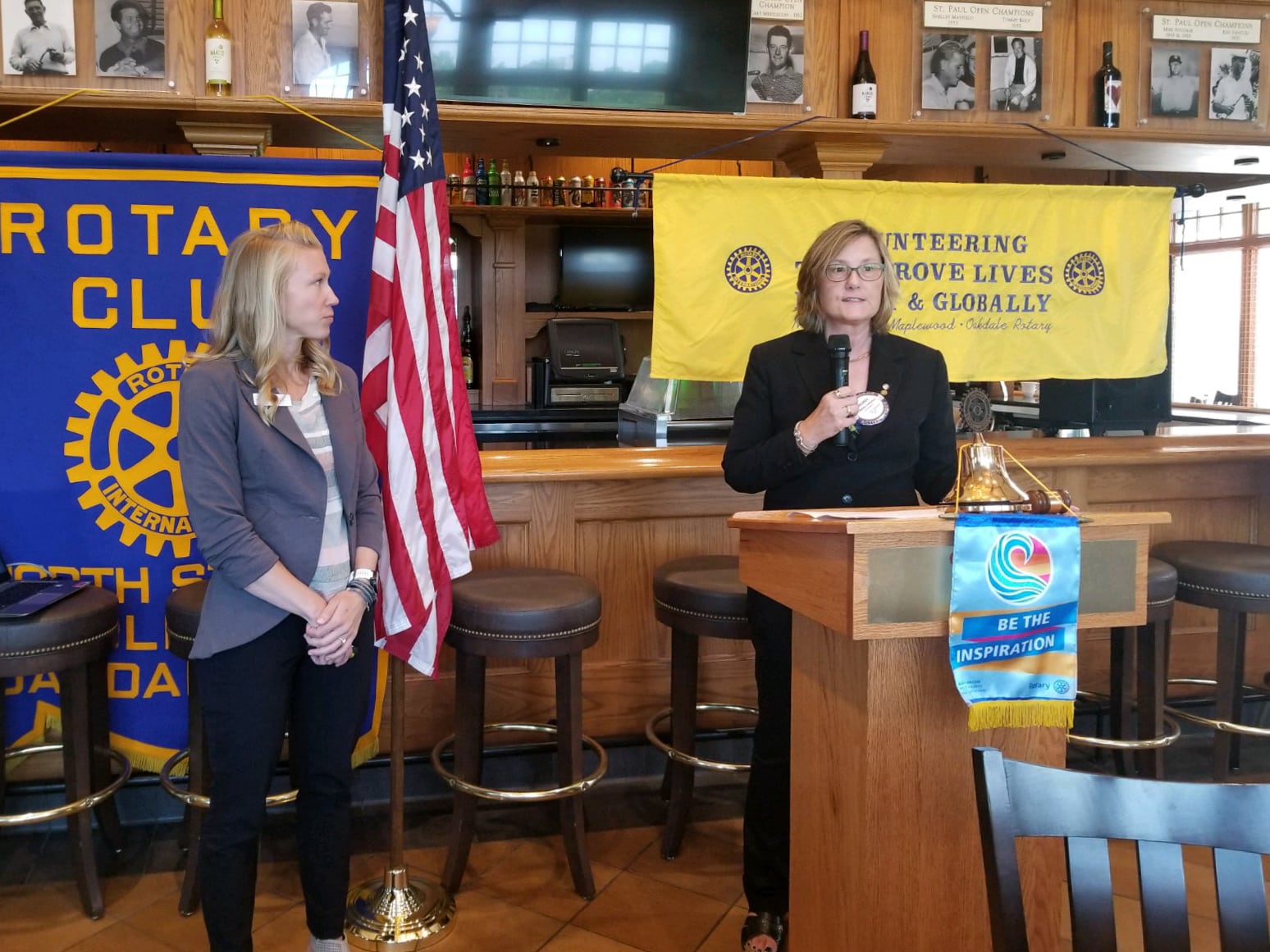 The City of Maplewood and the YMCA entered into an agreement regarding the operation of the Maplewood Community Center. The YMCA began operating the MCC on November 1, 2016.

Melinda explained the process that took place and why this was needed by the City of Maplewood.

Kristin explained the merger and what had to be completed for the YMCA to take over the operations, which included remodeling, a new roof, HVAC, and other construction related items, as well as hiring trained employees.

The Maplewood Community Center offers many amenities, including; health and fitness equipment and training, swimming and aquatics, acupuncture and massage, event rooms, and more.

More information about the Maplewood Community Center can be found at https://www.ymcamn.org/locations/maplewood_community_center

The Rotary Foundation & District
January 18, 2021
Go to Top
We use cookies to ensure that we give you the best experience on our website. If you continue to use this site we will assume that you are happy with it.Accept